After two seasons of shooting the Berger 130 grain AR Hybrid bullet, I’ve compiled quite a bit of load data on it. This article will include specific load recipes, accuracy and velocity results, and terminal performance observations from long range hunting with it.

This is a follow-up to my initial review, Berger 6.5 MM 130 AR Hybrid: Deadly Accuracy, published in February, 2016. I encourage you to check out that article to see how we tested the bullet in 2015. Due to the volume of questions concerning load data, this installment will include comprehensive handloading recipes for five rifles I used to test it. I’ll also cover some of our wound channel observations from long range hunting with it over the course of two seasons.

The 130 AR Hybrid uses the same blended ogive geometry as Berger’s 140-grain Hybrid bullet– a sleek secant nose combined with an easy-to-load-for tangent ogive design. The G7 B.C. listed on the box reads .287, which I’ve found to be accurate from my barrels to at least the transonic range.

The two lots tested had excellent consistency. To check this, I measured and compared bullet weight and bearing surface length variations. I’m not sure how important those measurements are for determining how well a bullet within a given lot will shoot. I’m also not one to crack the seal on a box of bullets and weigh each one before firing them. I prefer to shoot them and let the on-target results speak for themselves. However, I do think bearing surface deviations can influence velocity and ballistic coefficient (BC) consistency, both of which are important for long range precision. As part of my load data, I make it a habit to take a sample of every lot used and record base-to-ogive length and bearing surface length.

I used two comparator bodies with 6.5mm inserts to measure bearing surfaces and a RCBS Chargemaster 1500 scale to weigh them.

Weighing a sample from a 500-count box.

The sample size from each lot was 100 bullets. The base-to-ogive length of Lot #7542 was .564”, Lot #9702 came in at .568”. Average bearing surface length for #7542 measured .301”, # 9702 was .310”. The .009” difference in bearing surface length between the two lots didn’t surprise me. I’ve seen that much and more from different lots of Berger bullets, as well as from other manufacturers. The important variable for me is the consistency of bearing surface length within a given lot number. The total spread across each lot of bullets was .003”, and a big chunk within the lots (> 70) were the same length.

The weight spread was zero. Every bullet from both lots weighed 130 grains.

Once again, I don’t know how important these variables are. Theory doesn’t always correlate with reality, but it certainly can’t hurt to know what you’re working with.

My first rule for handloading is to keep everything as simple as possible. The results on target are the only things that matter to me. I’ll share some of my process in general here, then outline the specific load data with each rifle.

Work up powder charges to what I list, especially if any component or process deviates from what I used. My loads most likely won’t match what you’ll find in a reloading manual. I would encourage you to question everything, including what I’m sharing with you. I rarely run a load that I have determined to be at max pressure in my rifle. I will provide as much detail as I can in the recipes.

Built on a Remington 700 action, it shot every 140-grain bullet I tried into < .5 MOA, and usually much better than that. I started shooting the 130s through it when the barrel had about 2300 rounds through it. I started with my Berger 140 Hybrid load and worked up from there. I recorded several 5-shot groups with this load that measured in the .2s and .3s.

Next up is a Cooper Firearms Model 52 Long Range chambered in 6.5-284 Norma. Cooper used a 26” Wilson barrel for this rifle, with a 1-8” twist. I was in the process of reviewing this rifle and it flat out wouldn’t shoot the 140-grain bullet I wanted to use. A few days before an antelope hunt, I seated three 130 AR Hybrids over the same powder charge. Those three shots made a nice, tight cloverleaf that measured .325”. I’m sure there was plenty of room to increase velocity, but I left it alone because it shot so well. Every 3-shot group I fired with this load measured < .5 MOA.

The next round of load data collected on the 130 AR Hybrid comes from the 260 Terminator.

The last two rifles used during the testing are both chambered in 260 Remington.

The first is a Savage Model 12 LRP that I’ve been tinkering with for the last several years. It has a heavy 26” barrel with a 1-8” twist. The rifle has not been altered from its factory configuration. It has a background of shooting 140-grain Berger Hybrid, Sierra MatchKing, and Hornady AMAX bullets very well. It’s also proven to be the fastest barrel in my collection, regularly producing velocity figures 30-50 fps higher than other barrels with the same loads. My go-to powder for 260 Remington is Hodgdon’s H4350, but IMR 4451 was also tried for the first time in this rifle. Both powders produced < .5 MOA groups, but H4350 did slightly better with MV and ES.

My Defensive Edge Sheep Hunter is the latest rifle used to collect load data on the 130s. Wearing a 24” Hart barrel with a 1-8” twist, it’s standard accuracy load is a 140-grain Hornady AMAX @ 2775 fps. This little 260 took an instant liking to the Hybrids, printing half-inch groups at just under 2900 fps MV.

I continue to be impressed with how well the 130 AR Hybrid performs as a long range hunting bullet.

Berger designed this bullet for tactical-style shooting, not hunting. Like many target bullets, it works well for both. In 2015, the kids and I used it to punch tags on three antelope and two whitetail deer. We added five whitetails to the list in 2016, bringing the total to 10 big game animals killed with the 130 AR Hybrid. We also hunted ground squirrels with it both years, scoring hits out to 600 yards several times. There were no lost animals.

The 260 Terminator with a pile of long range ground squirrels.

Shot distances ranged from 186 to 867 yards, with an average impact velocity of 2423 fps. The lowest impact velocity was 1890 fps. The shot with the highest impact velocity hit a whitetail deer’s shoulder at 2747 fps. In all cases, the bullet penetrated completely and exited the animal. No bullets or large fragments were recovered. That’s not to say there weren’t fragments in the body cavity, just that I didn’t recover any.

The heart from a whitetail buck shot at 292 yards with a 130 AR Hybrid.

We tend to kill deer within the last 30 minutes of daylight. I try to document every impact and exit wound before opening the chest cavity to inspect internal damage. I haven’t had much luck taking flash photos of bloodshot lungs, and I’m simply not interested in picking through them looking for fragments. We took photos of the hearts of two bucks my kids killed last November. After inspecting those two hearts, I can only speculate that the bullet is either expanding or deforming after it enters the chest cavity. It then continues to travel along the same path before exiting.

In all cases, the entry to exit wound angle lined up with the shot. The bullet didn’t deviate from its path when it hit the animal.

Exit wound from a 130 AR Hybrid fired through both shoulders of a deer. Impact velocity was 2747 fps.

Exit wounds tended to be 1-2” on the deer we shot, regardless of distance or bullet path through the animal, including one shot through both shoulders.

Two of the three antelope had 3-4” exit wounds. One of them was a doe shot at 867 yards with the 6.5-284. It was a classic high-shoulder hit, hitting the top of the scapula before travelling through the spine and exiting. I purposely shot the other one while heavily quartered toward me, hitting the buck just in front of the left scapula to catch both lungs. The third antelope was taken with an almost identical shot, with a 1” exit wound.

Our first three deer this year were taken on a depredation hunt over an alfalfa field. The local whitetail population was eating more alfalfa than the rancher was putting away for the winter.

We climbed up on a stack of hay bales and went to work. Due to the proximity of neighboring houses to the field, I opted to use the 260 Terminator with a suppressor. When the dust settled, we shot three whitetail does at 306, 530, and 186 yards. We helped the rancher out a little bit and put 150 pounds of venison burger in the freezer. The precision and accuracy of the 260 Terminator with a 130 AR Hybrid ensured quick, clean kills. That’s all I ask for.

Jessica with a whitetail doe taken from the haystack hide. Shot distance was 530 yards with the 260 Terminator.

The Berger 130 AR Hybrid is a bullet I’ll continue to use and recommend. It’s capable of extreme precision at distances near and far.  Feel free to use my load data if you wish, but please approach it with as much caution as I would yours. If you hunt with it, have confidence, but realize that shot placement in long range hunting is everything, especially with the lighter calibers. Please subscribe to the site and leave a comment below. I can be contacted at sam@panhandleprecision.com 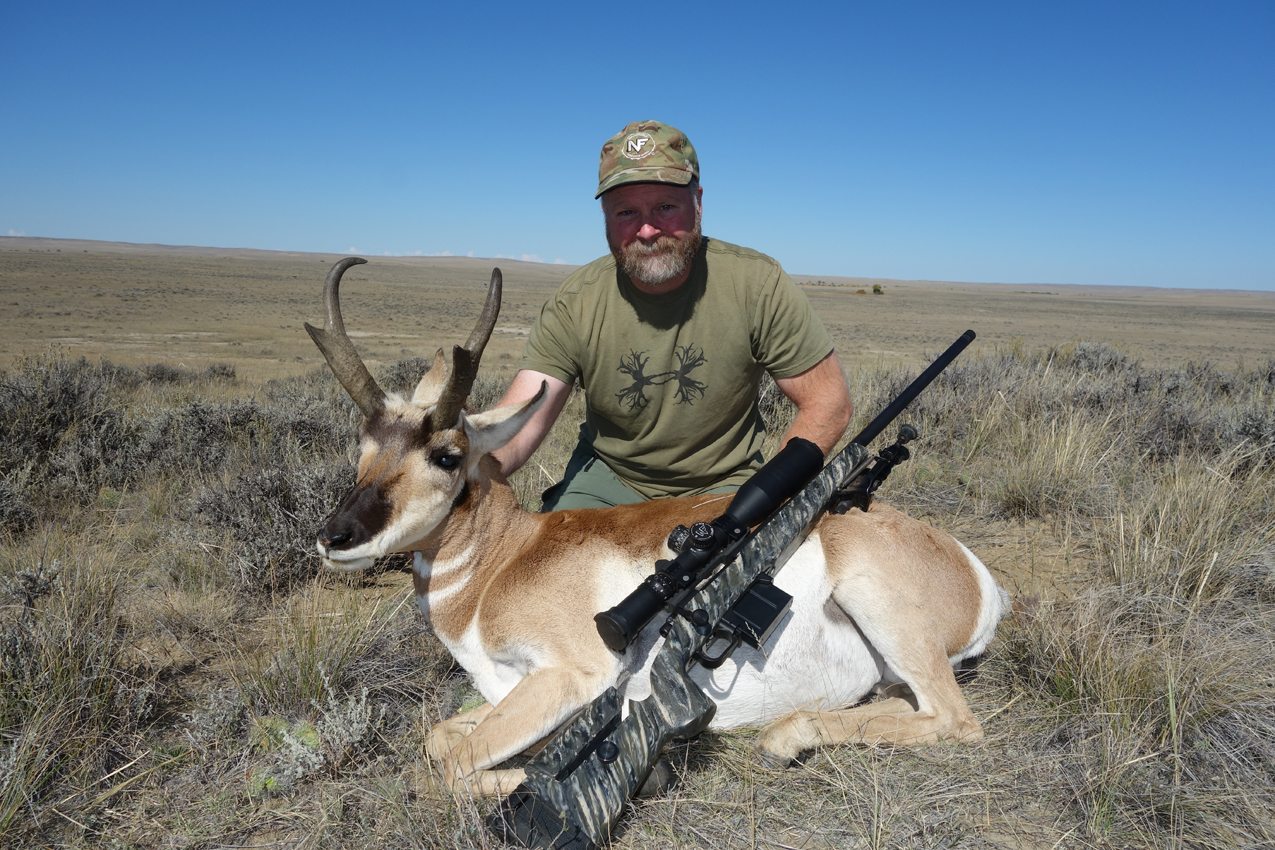 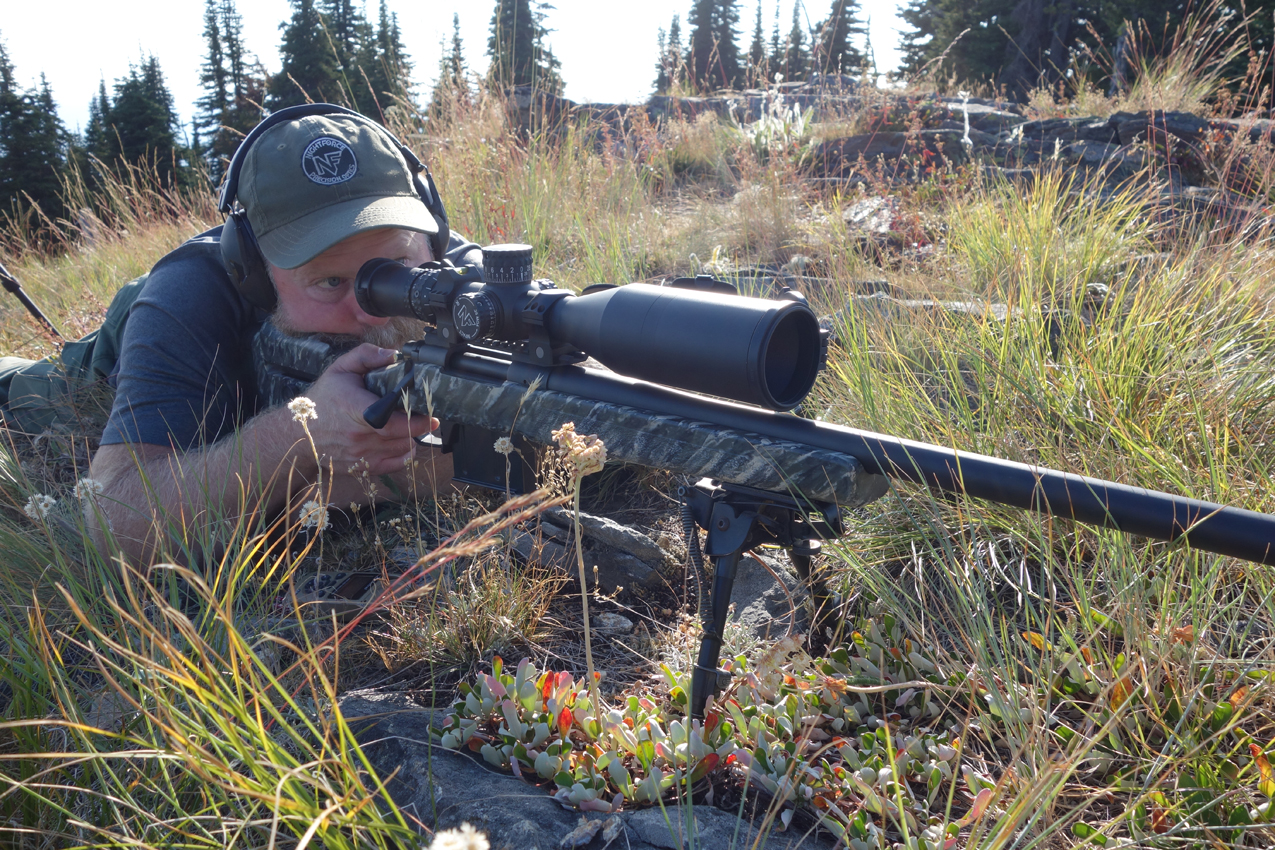 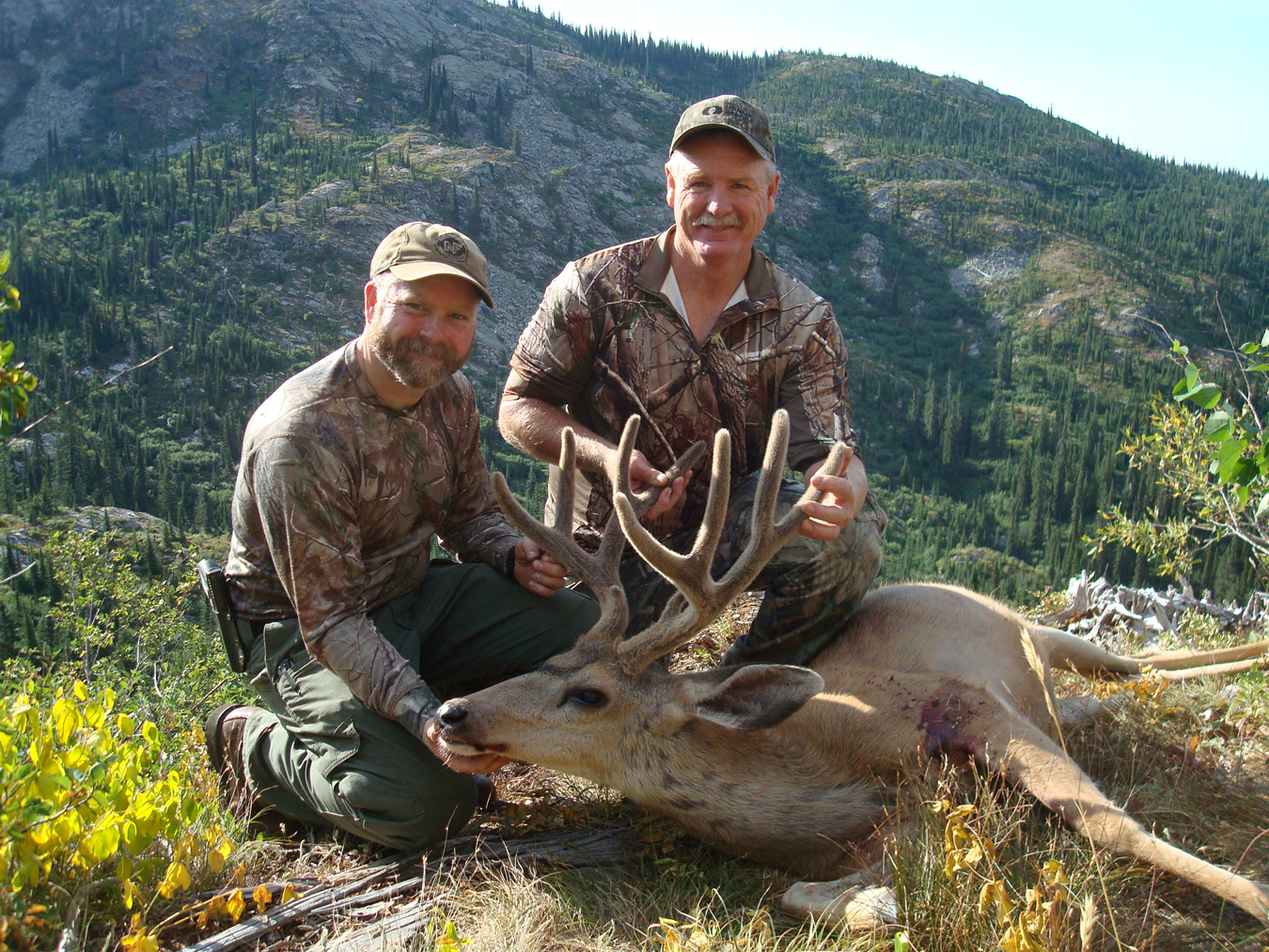